If you need to get rid of an old iPhone or iPad, here’s the good and the bad on the Apple recycling program.

Almost all of us have old cell phones and other electronic devices we don’t use anymore that are sitting around in cabinets unknown, waiting to be disposed off. There’s something eerie about placing an item like an iPhone in the garbage because a) you paid so much for it when you first got it, b) it’s going to take forever and a day to decompose and go back to the Earth and c) a lot of personal info is in there.

There are various recycling programs out there that deal with electronics. The benefit of using Apple’s is that the company guarantees to wipe your device clean and get rid of all your data in a safe and effective way, so you don’t have to worry about things like identity theft. That being said, it is just one of the many choices out there.

Here are 10 more things to know about Apple’s recycling program, whether you’re iPhone fan or on the Android side of life:

1. You Can Send In Old Apple Products

Through Apple’s program you can recycle your iPad, iPhone, Mac, iPod, and Apple Watch, and get trade-in value!

The company is currently accepting iPhone SE (1st generation) or newer and iPad or newer. If your device is older than that, you can still send it in but you won’t get any trade-in credit.

3. You Can Also Donate Non-Apple Products

Via a company called Brightstar, Apple is also accepting Blackberry, Samsung, HTC, LG, Motorola and Nokia devices for recycling amongst others. You won’t get trade-in value, but Apple will recycle your electronics for free.

4. Apple Will Refurbish It or Recycle It

Depending on the condition of your device, one of these two will happen.

5. You’ll Get a Gift Card Towards Your Next Purchase or Instant Credit in an Apple Store

So, this is the big incentive. The thing is, it’s up to Apple to decide what your device is worth. Also, the amount you’re quoted online for your gift card isn’t necessarily the amount you’ll end up receiving once an Apple employee checks it over. You’re likely to still get some kind of store credit, but heads up.

One writer got about $60 LESS than the estimated voucher amount. He was then sent a few more gift cards to compensate for the difference once he complained, but nonetheless, you might get nothing if your device is too old to have much market value.

7. You’ll Likely Get Less Than You Would Re-Selling

It’s true that you could get more for your item by re-selling it on Craigslist or eBay. But—

8. You’re Guaranteed Your Data is Safe

Apple shares details on how to safely back up and wipe your items clean and to destroy all traces of personal data, which is reassuring.

9. You Can Redeem Your Gift Card in the Physical Apple Store or Online

Just not in iTunes or the App Store. So, yes, it is an incentive to purchase more. Making it a good option for those times your phone is about to give out and you’re looking for a new one.

In the end, Apple’s recycle program is a great way to not just get some additional money from those gadgets that are now obsolete (for you), but also do something good for the planet. Because even when you don’t get trade-in value, Apple recycles your electronics, saving previous materials and helping reduce the carbon footprint. In case it’s an old iPhone, then it could even go to Apple’s assembly robot for effective recovery of the materials used. 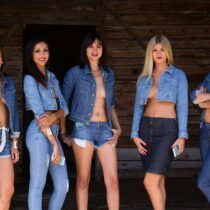 4 Pieces of Smart Clothing To Keep You Fashionably Connected

Get UV alerts, stay abreast of important emails and alert friends of your safety. Smart clothing is the wave of… 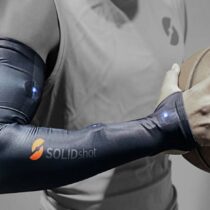 The 4 Best Basketball Wearables to Help You Score More, Reach Higher and Perfect Your Game

Get technology on your side and improve your stats with immediate feedback from these 4 devices. 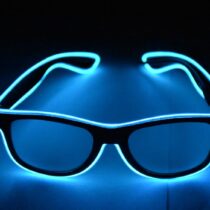 Light Up the Office With These 5 Glowing LED Halloween Wearables

Looking for a light glow this year? Ghouls are great but for something more subtle, these wearables can help you… 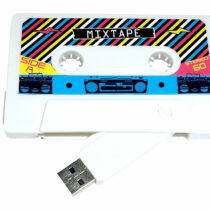 Here’s Why This Mixtape USB is the Ultimate Retro Gift

If you don’t know what to gift your partner, this USB drive disguised as an old-school mixtape is sure to… 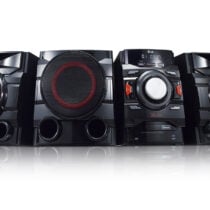 Big Sound, Small Package: 5 of the Best Compact Stereos You Can Buy

Just because you live in a small space doesn’t mean you should have to sacrifice big sound. Here are 5… 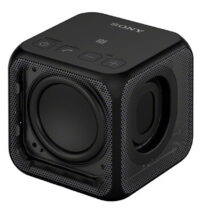 The 5 Best Bluetooth Speakers For Entertaining On The Go

Maybe you’re hosting a party or going camping. Maybe you just need some tunes to move with you as you’re…